The AJ lamps were designed by Arne Jacobsen in 1960 for the SAS Royal Hotel in Copenhagen (Radisson Blu), and contributed to the total design concept of the hotel. Several of the hotel products have achieved design icon status today, and the AJ lamps in particular among the lighting products have become world renowned.

DESIGNER
Arne Jacobsen was born and raised in Copenhagen. In 1927, he graduated as an architect from the Royal Danish Academy of Fine Arts in Copenhagen. After graduating, he obtained his first job at the office of the City Architect of Copenhagen launching his own office only two years later. Arne Jacobsen is a world famous Danish modernistic architect.

His buildings are numerous in Denmark, Germany, and the United Kingdom. Among his more famous projects are the National Bank in Copenhagen (1971), SAS Royal Hotel & Terminal, Copenhagen (1960), and St. Catherine’s College in Oxford, UK (1963). It is said that his fear of flying inhibited him from making a full impact on the American Architectural environment.

As an architect, Arne Jacobsen had very strong decision making skills, making it possible for him to influence not only the design of the building itself, but the majority of the details. Over the years, he ventured into various fields related to his work, such as light fixtures, furniture, cutlery, door handles, sanitary fixtures, fabrics, and wallpaper patterns. “The Egg” and “The Swan” are two famous chairs designed by Jacobsen.

During Arne Jacobsen’s lifetime, he received several prestigious awards both at home and abroad. He became a professor at the Royal Danish Academy for 11 years and through that he influenced an entire generation of Danish Architects. Each eventually developed their own architectural language, built upon the same rationalistic and minimalist approach toward architecture.

CONCEPT:
The small version (Ø370) was designed to be suspended high up. The light is therefore diffused through an acrylic opal base plate to ensure 100% glare-free light. The slightly larger version (Ø500) was designed to be hung at low height. The original incandescent version of this size was therefore not fitted with a diffuser. The open rings at the top faintly illuminate the fixture. 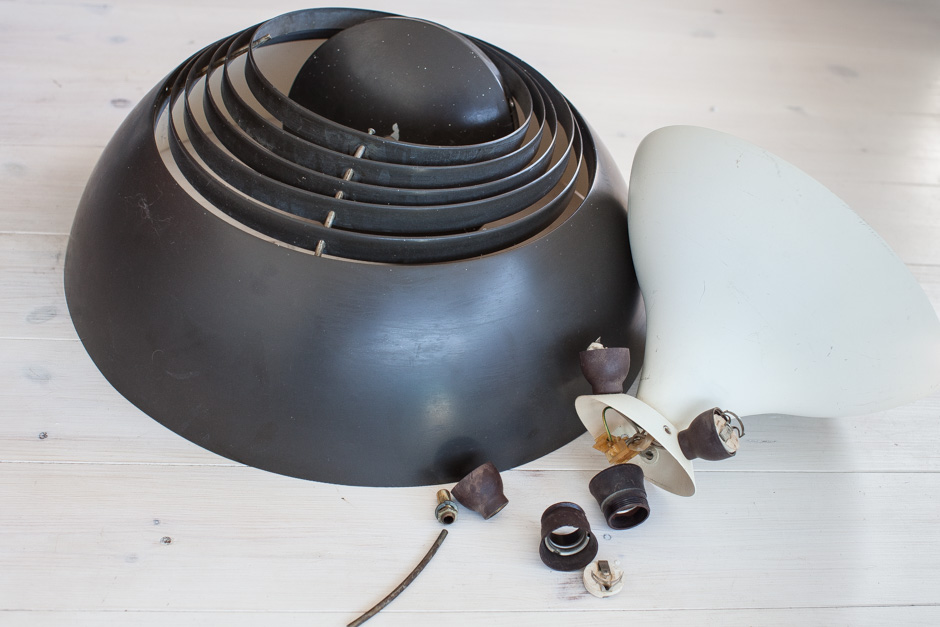 Not repairable? Don't throw it away...

It is a good thing to repair things to protect environment and save some money, but sometimes a repair costs too much money and is not worth it, or needs special experiences you not have.
In this case, it can be a good decision to buy new.

PAY BACK – WE BUY THE OLD ONE
If the item you tried to repair still have some good parts, you can send us an email with some pictures, and your asking price, to offer us the old item as parts donor. 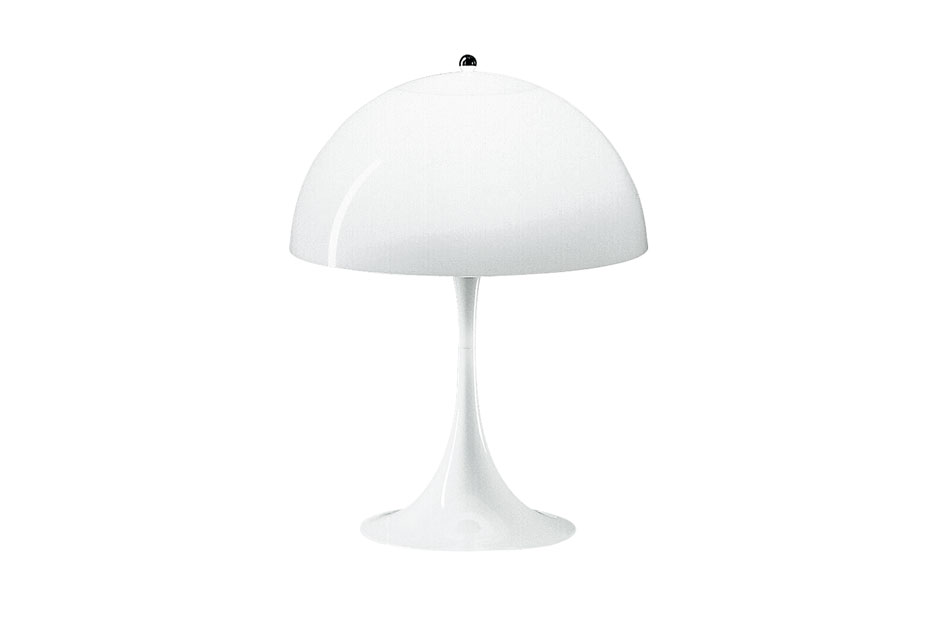 Panthella Floor and Panthella Table were designed by Verner Panton in 1971 and remain one of his most popular light designs. The organic shapes are typical for a Verner Panton design, as were the many strong colors the light was originally available in. Verner Panton wanted to create a light where both the foot and the shade served as a light reflector. Today the lamp is only available in white. 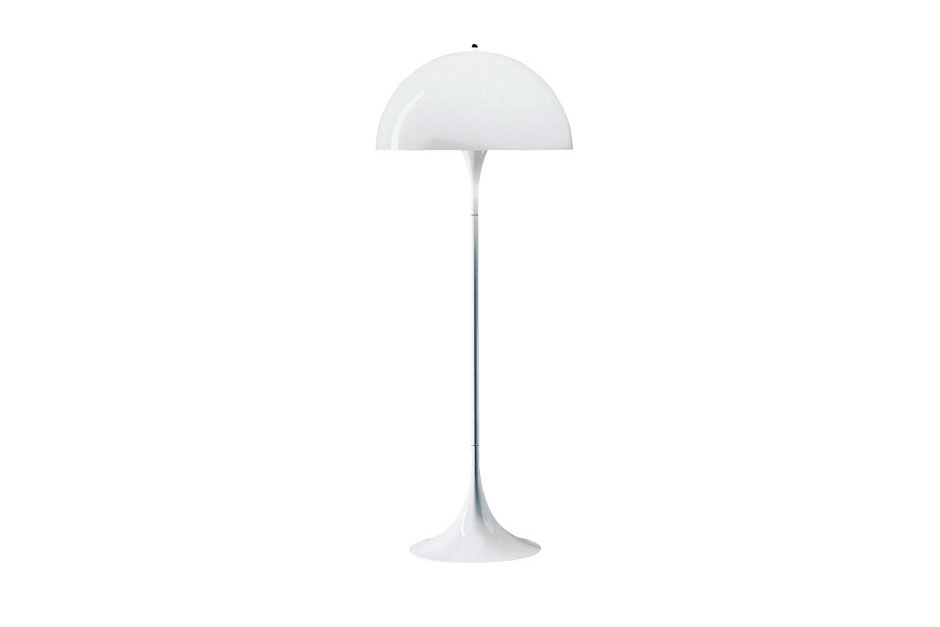 Panthella Table and Panthella Floor were designed by Verner Panton in 1971 and remain one of his most popular fixture designs. The organic shapes are typical of a Verner Panton design, as were the many strong colors the fixture was originally available in. Verner Panton wanted to create a light fixture where both the foot and the shade served as a reflector. Panthella MINI is released in 2016.