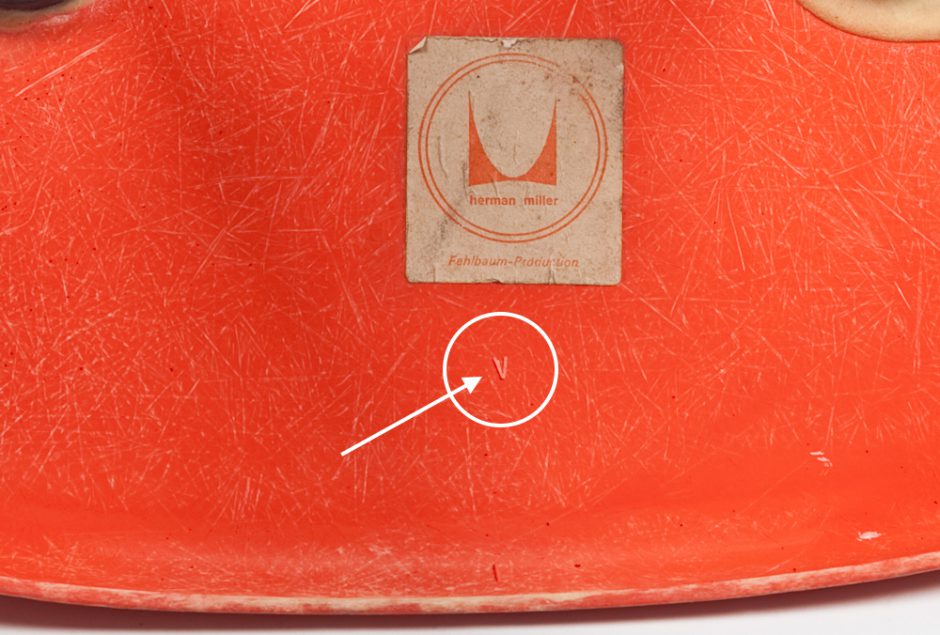 Also Vitra used inch screws on early Eames arm-and side-chairs. But if labeled as Herman Miller, it indicates not always inch thread, some of them are Vitra production and have metric thread.
Most of them have a relief-like “V” underneath the seat shell for Vitra project. They in most cases need metric screws.

If you are not sure if the screws used at your furniture you can take a screw you have, and compare the thread. Let me explain how: 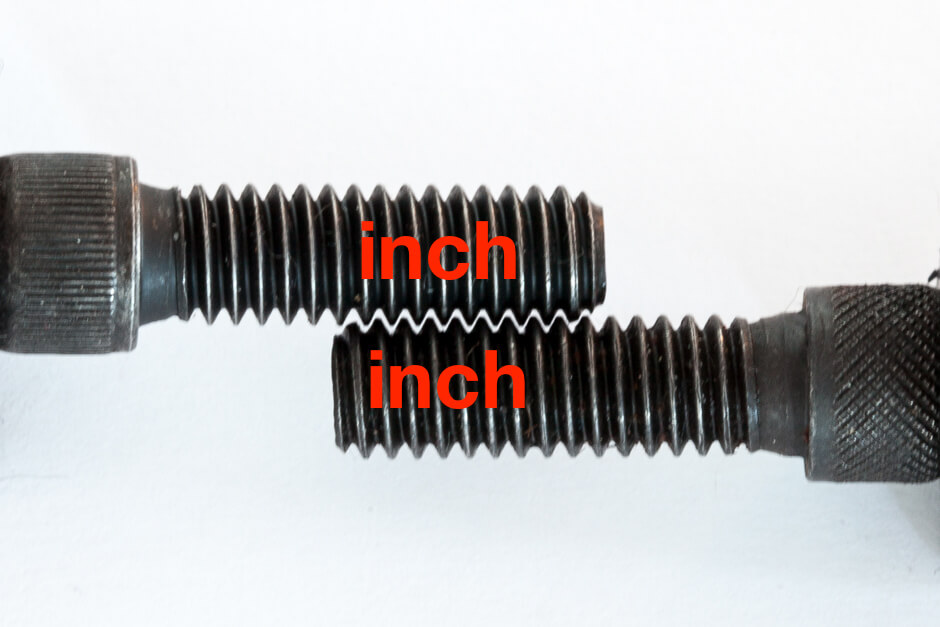 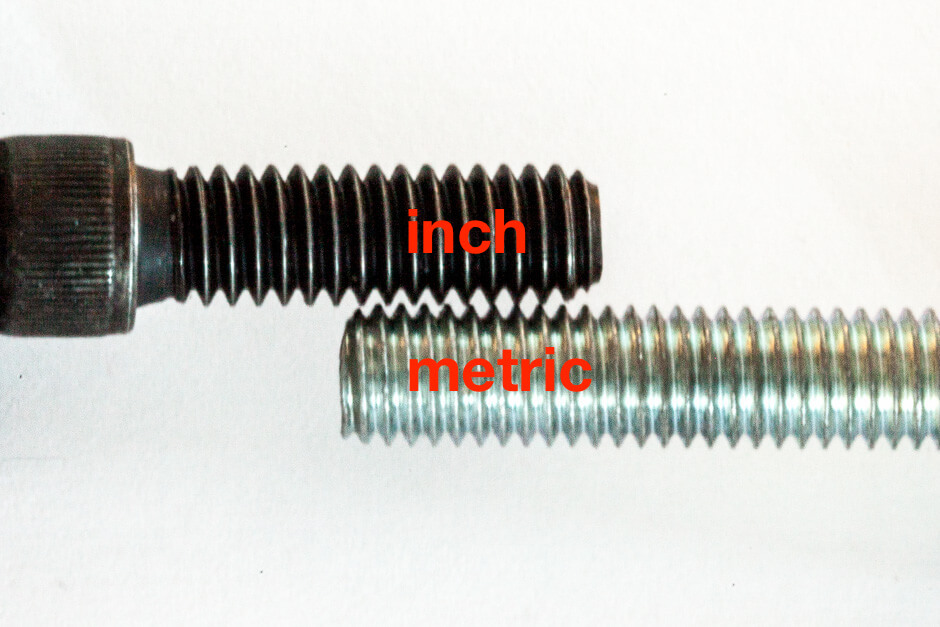 If it do not fit, it is a different thread, The example below shows inch and metric.

It do not work in all cases, but in most!